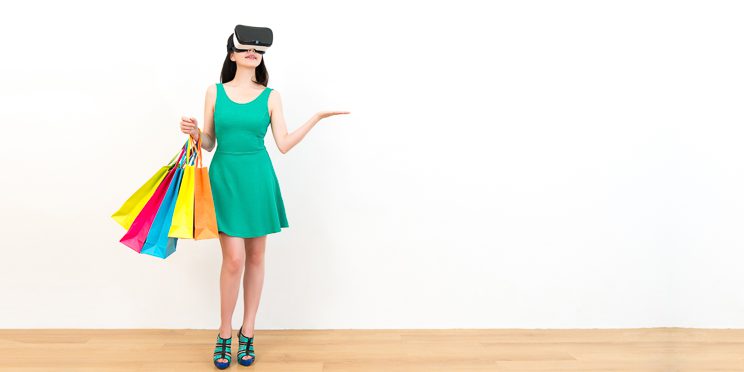 With 2017 coming to a close, VR has become one of the leading trends with searches for anything and everything “VR” going up over the past 6 months, especially in relation to news and video. Market size and profitability is estimated to reach over $28 billion by 2020, 15 times what it’s worth today. And it’s not all young men either! Reports find that 48% of females over 35 try VR headsets at home. [source].

What does this mean, other than growing sales and prevalence of more VR headsets, VR cameras and VR platforms? This is all technology, but technology can become redundant or just an empty shell without content and value to drive it forward. So, what does all this really mean for VR?

VR, in itself, is not really “new”. In fact, it’s been around in some form or another since the 1950’s Sensorama, and even well before that (with elements of VR appearing as early as the 1860s and the first reference to what is considered “modern VR” in 1935 in the short story “Pygmalion’s Spectacles”).

We already see many uses and applications for VR in quite a few industries and lots of guesses and trends reports are already out there. We decided to tap a community of VR enthusiasts and users, which includes photographers, educators, real estate agents, marketers, producers and many more. We asked them what they think the hottest VR trends for 2018 will be.

The following is a summary of their answers:

Schools have already been successfully using VR to take students on virtual field trips, travel back in time and help students with special needs.  Universities use VR to teach Architecture and Neurosurgery. We can expect all this to continue and grow. With VR Headsets becoming more available and affordable we predict that more and more schools will be equipped with them. However, as with everything else, headsets need good, high quality VR content. In order to truly use VR for Education and in the educational environment, we can expect more VR creators to focus on history, geography, biology and other fields as narratives. We hope to see ed-tech startups adopt VR and create complete platforms for students to be able to go back in time and experience history in a way that will also be memorable, go on virtual field trips to far away places and maybe even have virtual reality student exchange programs and foreign language lessons.

VR in Travel and Tourism

VR is already serving a marketing purpose by offering people a glimpse of the places they can visit and the sights they can see before they book their trip. A VR app called “Virtual Gorilla Application”, for example, was developed to allow people to track Gorillas in Uganda, before they go out on a safari trip. The Mariott Hotel chain used VR as far back as 2015 in their rooms to offer what they called “VRoom Service” – allowing people to experience other places in the world, right from inside their hotel room. But no VR trip will ever replace the real thing and so in 2018 we can expect VR to be used in more varied ways in the travel industry. Among other things, we can expect to see more theme parks creating VR experiences to make them accessible to people who cannot visit them in real life (think “virtual tourists”); We can expect not only hotels, but even private property owners who rent out their rooms and apartments on Booking.com or airBnB to include 360 VR video of their property, allowing people to really get a feel for the size, accessories and location before they book.

VR in advertising and marketing

The case for VR in advertising is not as clear as it may seem. Even the examples we gave above about marketing in the travel industry are only going to hold, if more people have VR headsets. There is still much confusion between 360 video (2D panorama essentially) and 360 VR video (3D with depth). It is a no brainer to realize that full 3D 360 offers a much more immersive experience and can rally transport the viewer into a different time and place. Watching a 360 video on a flat screen on your phone, computer or even a huge TV, is a nice gimmick but still has an alienating sensation. You still feel “outside” the scene and not “inside” the scene. There are several barriers the advertising industry still faces when it come to VR and they warrant a separate post, but they include:  expensive gear and tech savvy, slow penetration and adoption of VR headsets, difficulty to create compelling narratives and storytelling in 360 (let alone 3D 360). 2017 marked the entry of the prosumer 3D 360 VR cameras with the Vuze camera (actually at a consumer price point) and we can expect 2018 to bring to the market even more cheaper and easier to operate full VR cameras (although the Vuze camera still pretty much dominates this market segment at its price point). So, at least the gear and tech savvy barrier are being broken, as this post is being typed.

Mixed Reality (MR) is what most people predict as the natural evolution of VR.  Microsoft’s Hololens is the first and default example that come to mind when you think about MR, but we expect that 2018 will give light to more creations, platforms and inventions, building on VR to create an even more rich and immersive experience and more specifically – interactive. Startups in e-commerce and fintech are already working on apps and platforms that allow virtual shopping, including going into a mall and into a shop, trying on clothes, accessories or hair color and style, and buying them (ordering) with secure online payment.

Once again, the main driver for these applications will be the adoption of VR headsets because it is easier to experience the actual sense of size, depth and color when you are “in the scene”.

The actual applications for VR are endless. Virtual Reality can never replace “reality” (or at least, our perception of reality as some people claim there is no one “reality”), but it can sure help it. We already see VR used in meditation apps, in medicine to train surgical students and to explore the human body, in real estate to plan and engineer and also to sell properties, in entertainment with VR TV shows and VR content for children, and for adults.

The bottom line is, as mentioned before already, content, content and more content. The technology is here and has been for years. It will keep evolving as that’s what technology does. No one doubts that. However, the technology itself, is just an empty shell without the content to drive it. Content, especially for VR, has to be uniquely crafted and well thought of, it has to be compelling and immersive and it has to be easy to consume and readily available. If we can make a wish for VR in 2018, it would be this one: that more content creators adopt VR and more VR platforms allow sharing of content in Headsets.

How to increase traffic to your booth and website, leads and sales by harnessing your community as a marketing team
January 23, 2018

Community Management as a tool for conversion and retention
November 28, 2015