How to increase traffic to your booth and website, leads and sales by harnessing your community as a marketing team 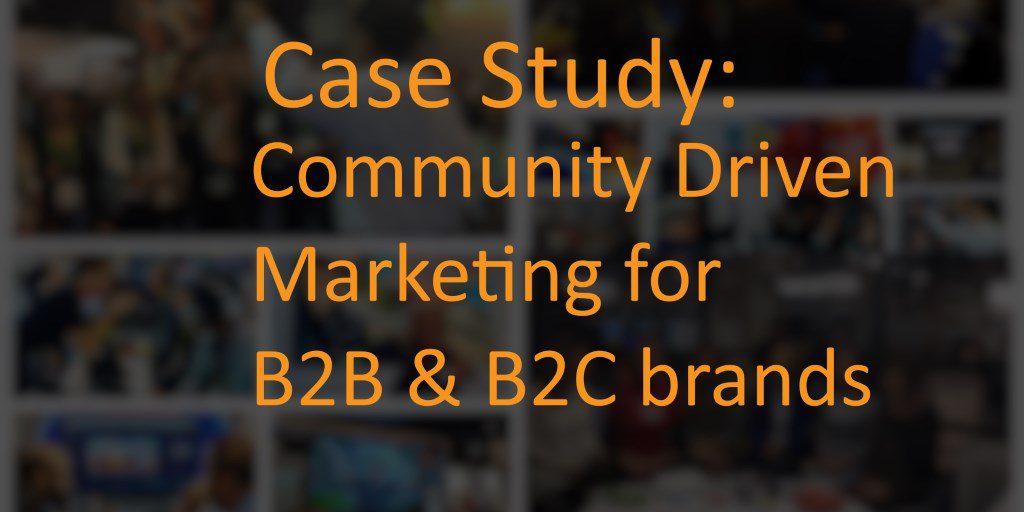 A client of ours recently tripled the number of leads they brought back from a trade show. That’s right, 3X the leads they would normally bring back from that particular trade show. The trade show is none other than CES 2018. They also increased traffic to their website and even generated online sales during the 4  days of CES. This was their 3rd time at CES, and at least their 10th time at big and important worldwide industry trade shows and expos.

Well, they decided to work with their community. That’s the simplest answer. But there is nothing simple about this from a strategic point of view.

The first year (CES 2016) they didn’t have a community yet, and we had just started working together. In fact, they didn’t even have a product yet, only a prototype. The second year (CES 2017), they had a product, but it was delayed in release. They already had a community, but one that comprised anxious people waiting to see if they’ll ever get their money’s worth.

This year, they already have a community of active, generally happy and extremely loyal users. So loyal, in fact, that they offer to create content, write blog posts, advocate online and offline for the product and the brand, and truly behave like a tight-knit family.

Despite that, the company didn’t think, at first, to mobilize any of these people and utilize this power at CES. They started preparing for the show as they did for any other show, sourcing booth designs, thinking and rethinking giveaways and booth activities, debating whether or not to have branded swag, designing brochures to be printed… you know, standard trade show mode.

A couple of months before CES 2018, the company took part in another industry event, in NYC. The company representatives who were there, not only exhibited and had a booth, but also gave a talk on stage. About a week before the event, we posted on a Facebook group for the community that we’ll be in NYC and if anyone is there, we’d love to meet and talk shop. The reply came, surprisingly, from a European female community member who traveled to NYC especially for this event. She offered to meet up, which the company reps gladly agreed to and what transpired next is nothing short of magic.

They made videos together, she talked about her challenges with the product, which the company reps were able to help her with, they talked shop and even brought her on stage for the professional talk and gave her a voice and a chance to present herself and her business, as well as the uses she makes of the company products.

She also helped them, working the booth, scanning badges, securing leads – asking for nothing in return. She was genuinely happy to help.

This wasn’t the first collaboration with the community (as mentioned above the community has always been very loyal and active in providing feedback, content and fresh insights), but it was the first time it happened in the context of a trade show.

And that’s when something clicked! One of the company’s US marketing team members raised the idea to fly both this woman and another community member who created an award-winning film with the company’s products, to CES and have them give short talks at the booth about the various aspects of their work with the products.

The original plan was: each of them to give 3-4 short (5 minutes) presentations on stage at the booth, every day.

They all agreed and things were set in motion. In the weeks before CES we all talked and ideas started flowing like water, mostly from the community members!. They were able to look at everything with fresh eyes and offer insights that the company hadn’t thought about! First, the European female community member (who is also a company founder and CEO in her own right) offered to fly in a couple of days early and create content to be shown at the booth (yay!! More and new booth content we didn’t even think about!). The idea was to showcase not just what can be done with the products, but also how quick and easy it was to create something a couple of days before a huge trade show.

One of the other activities planned was a special transparent studio, at the booth, where live interviews with industry leaders would be conducted and broadcast. While the list of people to be interviewed was compiled, these two community members offered to give interviews as well, adding to the list and buffing up their own activity, which, in turn, promotes the company.

Both of them utilized their own business and personal networks to advertise that they will be at CES with the company, inviting people to visit and schedule meetings. Their promotion helped boost numbers of visitors to the booth, in a year where everyone was posting about the dwindling numbers of CES visitors overall.

One more activity, initiated by the female community member, was to organize a professional panel of leading women in the VR / AR industry, to be hosted and broadcast from the studio at the booth. This was done to combat the #CESSoMale movement, protesting the lack of female keynote speakers at CES this year. The entire panel was proposed, planned (advertising, selecting speakers and hosting the panel) by that one female community member, who also included in the panel a prominent woman from the company’s senior executive management.

While preparing for this panel, she (the community member), was also invited to speak at another panel at CES. Needless to say, she used the company products on stage and mentioned them in her talks!

Finally, both these community members also worked the booth. They helped in scanning badges, they held meetings, they offered explanations and demos of the products and overall boosted the on-site team by two more people, whose words and actions speak louder than the team. After all, they spent money on the product first, came to love it and now happily recommend it. They have no shares in the company and no interest in promoting it, other than getting others hooked on products they love and use daily.

Other community members who were at CES or who live close to Vegas, actually came by to visit the booth and say hi, took pictures and posted on social media calling others to “go visit”.

Community is the best marketing channel in your toolbox

If anything can be learned from this case study, is that investing in developing and managing a good, engaged and loyal community is probably the best thing you can do as a marketer, or a founder. Having a strong community and taking care of it, means you have an “army” of loyal people at your disposal. All you have to do is mobilize them.

In this case, the first step was showing we care and value them and their input. The result of this step was sourcing blog posts, images, video – promotional and educational content – for free (we always made a point to credit the creator, link back to them and even advertise the content on our channels).

The second step was to call for a real world meeting. The result of this step was getting to know and identify the really active members. The ones who care so much about the industry (in general) that they are willing to travel across continents to work together.

The third step was to involve them in the biggest trade show of the year and give them the feeling they belong to the family (part of the team). The result of this step was fresh ideas, valuable physical help (anyone who’s been to a trade show knows full well what another set of hands and ears means!) and overall promotion.

The bottom line was that the booth has seen record numbers of visitors, lead number tripled, a few sales at the booth and ongoing communication even now, after the event is over and done with.

In case you’re wondering, yes, plans have already been made to continue to work with these two individuals and of course, to involve more community members as much as possible.

Community Driven Marketing is a very real thing and the value of it, ROE – Return on Engagement – is very much profitable.

Digital Literacy is the foundation for Digital Transformation
January 13, 2021

Podcast: Engagement as a Passion – The Tachless Show
January 1, 2021

Guide to Remote Team Management In the “New Normal”
November 29, 2020

Why Digital Literacy is more important now than ever!
May 8, 2020